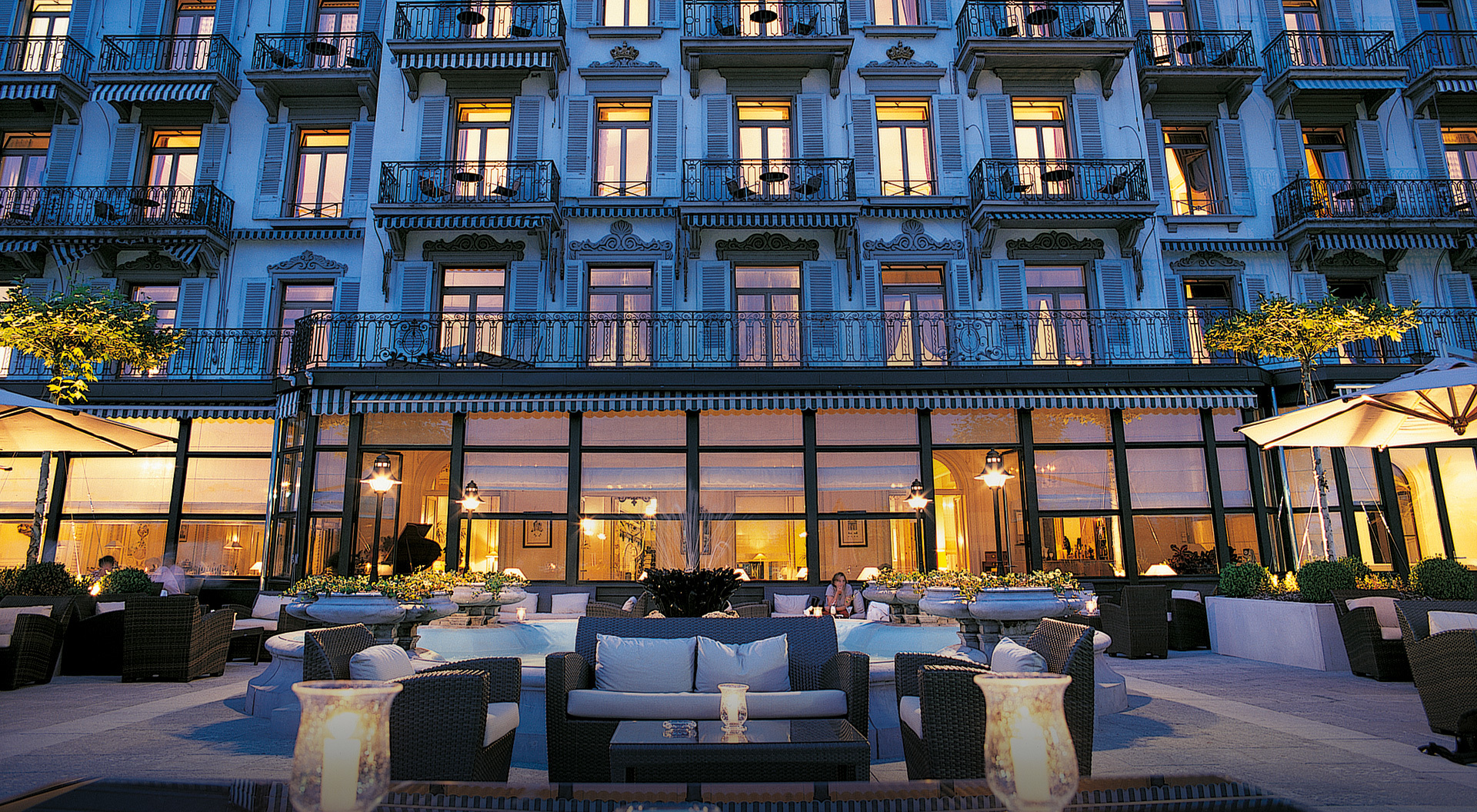 A cultural tradition with an avant-garde light

Throughout its history, Trois Couronnes has hosted royalty, famous musicians, writers, composers and movie stars such as Tchaikovsky, Camille Saint-­‐Saëns, Henry Miller and Sir Peter Ustinov. Its unique history and cultural richness continues to distinguish itself in the region. Through its partnerships with various events that attract worldwide attention, the hotel offers its guests entry to lively and notable experiences: The Montreux Jazz Festival, The Classical Music Festival, Musical September, and Images Festival are among some of the offerings of this region.

A Royal Palace with a « Royal » Past

The sign of the Trois Couronnes used to hang on the front of the inn, on Rue du Simplon, that was run by the Monnet family. For two centuries the inn was the most popular destination in the region. Mr. Monnet bought the former Château des Belles Truches with the goal of transforming the property into a spacious hotel that would lure royalty to its door. Indeed, the Hotel succeeded in hosting the Emperors of Germany, Russia and other nations, as well as King Joseph Bonaparte, various oil moguls and renowned musicians and composers.

In nearly a century and a half, the royalty that have climbed the steps of the hotel included the Empress of Russia, Alexandra Feodorovna, Queen Olga of Greece, Princess Marie-­‐Louise of England and King Ibn of Saudia Arabia, who himself described the hotel as "dreams of the thousand and one nights."

The Trois Couronnes Hotel is situated in the heart of Vevey at the waterfront of Lake Geneva, between Lausanne and Montreux. It is located less than an hour from the Geneva Airport and two hours from Zurich. The Hotel is only a 5 minute walk from the historic center of Vevey where there are shops and restaurants. It is also only a 10 minute walk to the train station.

An intimate weekend holiday, because you both deserve it

A gourmet and relaxing experience with the family